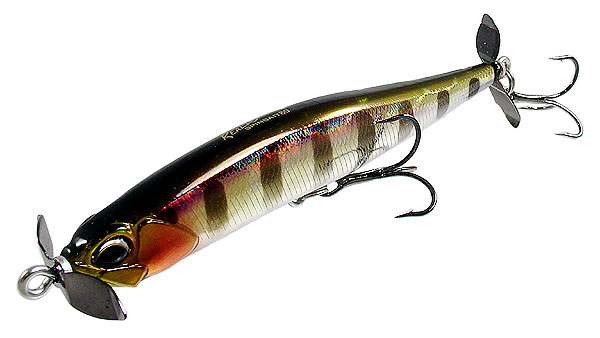 Its origin is rumored (by some) to have occurred around Lake Biwa 2007/ 2008. Others mention its popularity near Tokyo, Chiba and Yokahama where there are many small bodies of water. At that time versions of using a lure with propellers took on names like "pro- bait" and "screw-bait or Bi-hadou (also known as micro-wave)". However, during that time anglers were attaching propellers to many lures: swimbaits, jerkbait-bodied lures, even jig-heads, in fact, using a propeller became so popular that anglers were purchasing just propellers to attached to in front of their lures.

DUO studied the concept and created a compact design with specially tuned propellers that incorporated more subtle actions then conceived by other manufactures. Its compact yet heavy body harbors a fixed ballast system made to increase trajectory and improve target orientation and provide a heavy roll action. This combination emulates the shimmer-effect of baitfish. The Duo Realis Spin Bait 80 also possesses specially designed cupped propellers, which provide more pulsation at slower revolutions.

But the results are mind altering. It is a finesse technique that catches big fish as well as numbers. It has recently, hit the US shores and quietly professional Tour anglers are using the technique with great success.

DUO/ Realis invites you to become familiar with the deadly finesse presentation known as "Spy baiting", the Silent Capture Technique. 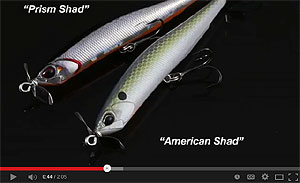 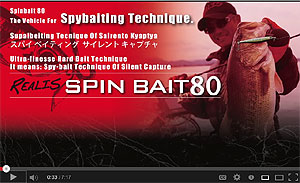 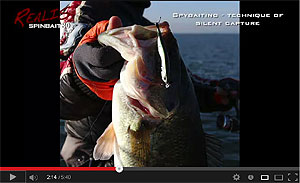